Everything You Need to Know About US Online Gambling Laws 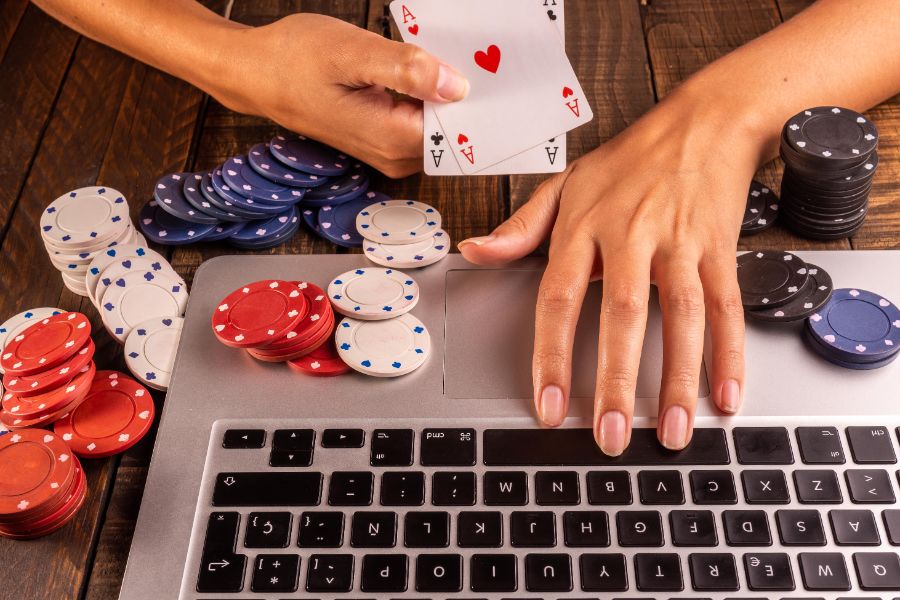 Do you know enough about online gambling laws in the United States? Do you think that it is legal or illegal to play online casino games in America? Let’s find out. Federal law of the United States recognizes several variations among state online gambling laws, though that does not mean that it is legal in all of the states around the U.S. Online gambling typically occurs in international or interstate means through different web sites and applications. There are several factors regarding online gambling laws that players need to consider before they start to play. For example, What if you play online casino games that launched and established in a country that allows online gambling activities, though, in your place, it is illegal. What happens then? To make it clear for all readers, this post aims to cover related issues and discuss various gambling laws that passed in the U.S.

The previous question about the legality concerning the location of the player can be solved by looking at the laws and the states, then decide which is predominant over others. Although online gamblers could break the law of his/her state, that does not mean that it is illegal to play online casino games from a different state. If X state allows and legalized online gambling and players from different parts of the U.S. play those games, then the predominant role in that equation is the same X state, and players can use their services as they wish.

Intention for making anti-gambling laws in the US

Overall, US online gambling laws focus mainly on the supply end of this business. In other words, they try to decrease the number of products in the online gambling market, rather than cutting the demand for them. Their main intention is to keep in check the online casino owners so that only reliable ones can produce and serve these casinos.

There is NO U.S. federal law that strictly prohibits online gambling

Although states may have different requirements that they customized regarding this issue, on the national level, The United States of America does not have a law against online gambling. So, that means, on the federal level, it is perfectly fine to play online casino games because of the lack of rules that are against this. Some conservative states have strict laws, though the implementation and penalties for that crime are somehow slight.

How online Gamblers Go Under the Radar?

Lacks of internet tracking tools are one of the main reasons why so many casino lovers can maintain their gambling profile in the U.S. Players are so-called “little fish” in the pool for this particular industry. That is why they are not as important as owners of those online casino portals to check regularly. Entities and institutions that mainly offer these services get caught by state officials because they are the “big fish” of the industry. The main reason for that is the idea that we mentioned in the previous paragraph, which is to end the game on the supply end rather than demand one. It is more reasonable to go after financial groups that process all those gambling transactions rather than players who want to entertain themselves in their leisure time.

Supreme Court of the U.S. has not necessarily ruled out the exact meaning of the Federal Wire act; thus, states respond to it differently. The United States’ Fifth Circuit Court of Appeals made a jurisdiction in some states. For instance, Louisiana, Mississippi, and Texas are some of those them. On that appeal, we can see that argument that exposes the loopholes of the act. Court of Appeal states that in those three states, the Federal Wire Act only applies to sports betting. So that means, online casino business can set a legal precedent in this industry.

Very few countries in the U.S. have particular laws that are against the online gambling business. Though, most of them have general rules that indicate those acts as a breach of federal law. Those passed laws against gambling include in house, land-based gambling activities just like the online ones. A small group of states acquired online gambling laws that make internet casinos explicitly legal. In some States, only particular types of casino games/ activities are allowed to play and offer. For instance, Bovada is one of those states that only allow players and business owners to play and offer poker. States that allow online gambling entirely are:

The state of Nevada became the first state in the United States that legalized online gambling . This event happened on February twenty-first two thousand thirteen. They launched the law on April thirties of the same years. The first game that legalized was Online Poker. After that, casino slots, keno, baccarat, and such games also approved by the federal government and the state of Nevada.

Delaware is the second state that launched the law that legalized online gambling inside its borders. In two thousand thirteen November twenty-sixth, Delaware made online gambling laws that lead the way for online casinos to operate.

New Jersey became the third state that legalized online gambling. Both poker slot games and casino games of that nature can be played and offered in New Jersey after the legalization process. The law launched on twenty-fifths of November. Since that time, casino owners of the New Jersey online gambling portals started to run their business.

Even though some states of the U.S. do not allow players to gamble , the penalties are not that strict. Only states where online gambling is a felony are Washington state, and Washington DC. In states like Colorado or Arkansas, online gambling activities are not legal. Though the penalty for that is used as a simple offense and it is like a traffic ticket.

Even though the ban on gambling activities does not necessarily mention online gambling platforms, some states strictly against it. According to the Gambling Law of the United States that defunct in two thousand nineteen, those states that prohibit an online form of gambling are:

Some players who convicted for misuse of internet gambling laws

As we mentioned before, the breach of regulations in online gambling is not a big deal. Though some states are strictly trying to punish those people who are not obeying the state laws concerning online gambling. For instance, in two thousand three, a man named Jeffrey Trauman was fined five hundred dollars for his online gambling antics. The fine could be even worse and higher only if Jeffrey played sports betting games. A similar case happened in two thousand eleven at Oklahoma. Ronald Benavides was charged with the U.S. online gambling laws breach. Government wanted to put him on jail, but then in two thousand twelve, he received a deferred sentence. That means, Ronald can avoid jail only if he can stay away from online gambling activities until his probation time finishes.

If you have interest in online gambling laws and want to see whether or not your home state has online gambling laws, you can check this article out. Play games, earn real money but make sure that the casino in which you are playing is legal and safe.